Just because you see well does not mean your child does!

We often take it for granted that our children see as well as we do. This may not be the case if your child has a lazy eye. Normal vision develops early in life when the brain learns to fuse the images from both the left and right eye forming a single image what is referred to as binocularity. Lazy eye or amblyopia on the other hand is a reduction in vision that results from abnormal visual development in infancy and early childhood. Amblyopia is the leading cause of decreased vision among children affecting 2-3% of the population.

Amblyopia develops when the nerve pathways between the brain and eye are not properly stimulated. As a result, the brain favors the eye with the clearer image and turns off or blocks the image from the eye with poor vision. Turning off an eye is called suppression. As the brain suppress the lazy eye early in life, clear vision does not have a chance to develop and both eyes are not used together effectively resulting in reduced binocularity. Most cases of amblyopia affect only one eye, but some cases are bilateral. Lazy eye is hereditary and commonly seen among children born prematurely or with a low birth weight, or have a family history childhood cataracts or a serious eye disease.

There are three common causes of lazy eye:

Signs and symptoms of lazy eye include:

Early eye examination is key to detection and diagnosis
Optometrists begin to see children as early as 6 months of age to screen for lazy eye and eye turns. Alberta Health and Wellness covers yearly eye examination for children under the age of 18 years. As part of the examination, a through all medical, ocular and family history is taken; visual acuity is assessed for each eye looking for differences in vision between the eyes or a reduced in vision; tests are done to check focusing, binocularity, eye teaming, eye tracking, the need for correction such as glasses and/or contact lenses; and an ocular health assessment.

If a child is diagnosed with amblyopia, depending on the cause and the degree to which the vision is affected, treatment options can include corrective eyewear such as glasses and/or contact lenses to help equalize the vision in both eyes; eye patches to stimulate the weaker eye, eye drops to temporarily blur vision in the stronger eye in order to encourage the use of the weaker eye; vision therapy or eye exercises to help establish binocularity, focusing and eye tracking; and/or surgery to align the eye muscles or correct the droopy eyelid or remove the cataract. Ideally, the earlier the treatment is initiated the better the outcome as the connections between the eye and brain are forming. If amblyopia is left untreated, lazy eye can cause permanent vision loss. 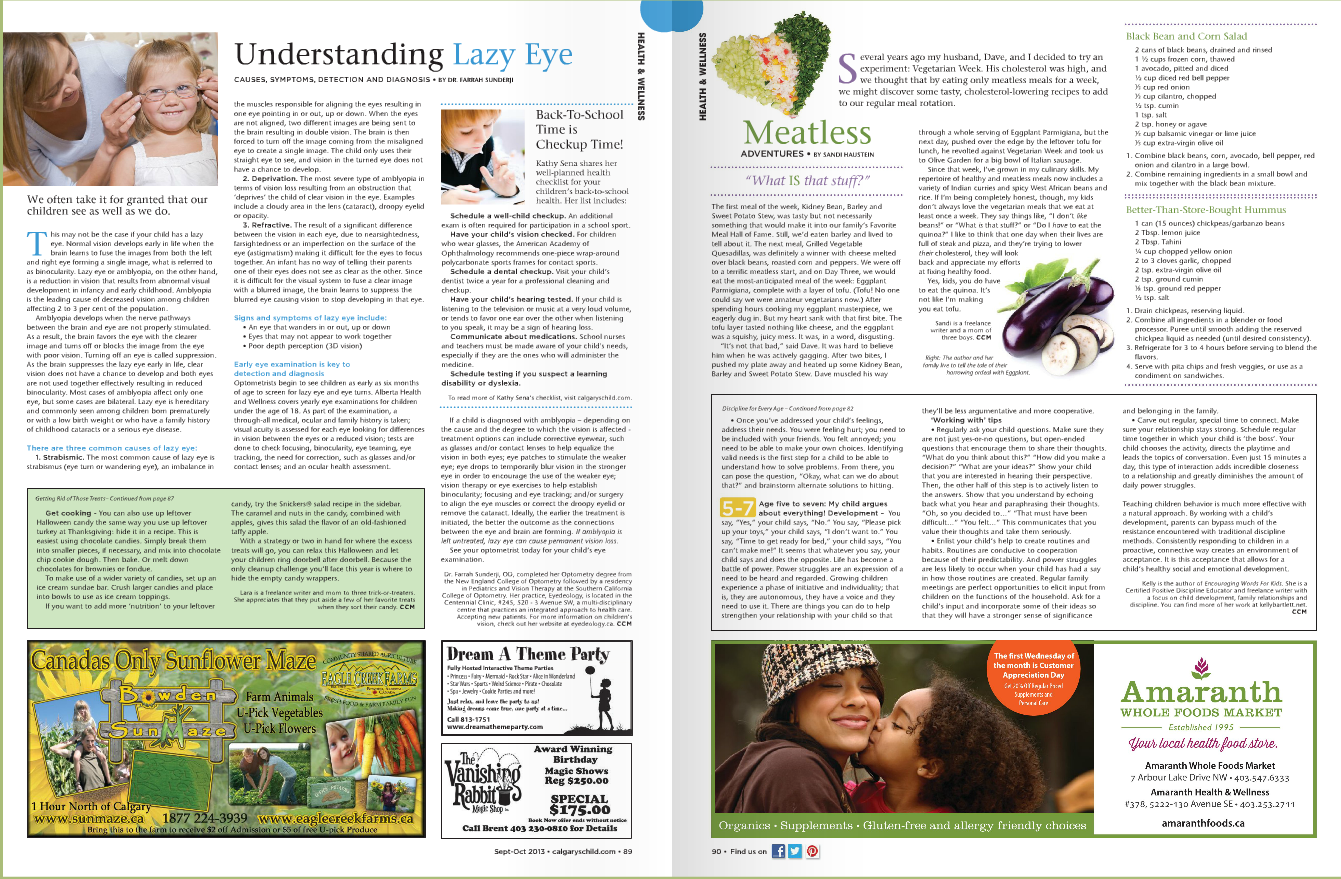